VR and Storytelling – the Emotional Journey of an Audience in Goggles 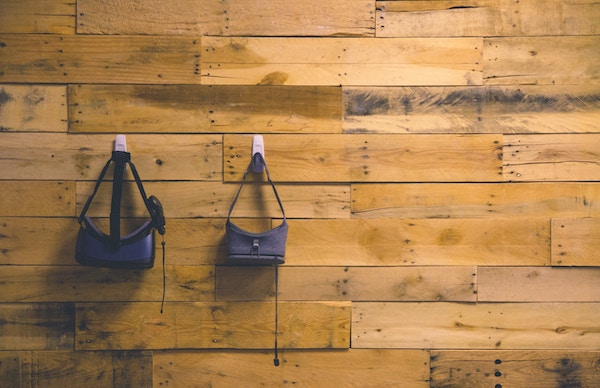 Photo by NeONBRAND on Unsplash

The VR viewer wears special goggles and occupies a space within a virtual holodeck, which is created by two diagonally opposing little boxes shooting lasers out at right angles. The viewer can move within this virtual space, which might be the stage for a story. The goggles will show the viewer whatever program is loaded, Matrix-like. The 360° view is created quite conventionally, by filming a location in all directions, the camera at the centre, pointing outwards and panning all the way round.

So far, so good. It gets more interesting when such virtual locations are populated.

For VR, actors are filmed not with one or two cameras from a couple of angles, but with 40 or more cameras from all angles, the cameras all pointing inwards with the actor at the centre. The resulting 40 or more images are stitched together. The VR goggle wearer can therefore walk around the actors and see them from the front, from behind, from any angle. The actor was never at the location, but is superimposed into the virtual space (this already happens in conventional film with green screen technology).

What you get is the viewer as a ghost, moving about the story stage and around the characters at will. The effect is like intimate theatre.  END_OF_DOCUMENT_TOKEN_TO_BE_REPLACED

The answer provides many clues about the story in question. While we tend to ask “where”, the setting actually encompasses somewhat more than location.

In Film, the term location is generally used to refer to scenes that are shot outdoors rather than on a sound stage or in the studio. In the specific context of filmmaking, the word “setting” is often used in scripts is a hyper-ordinate term to refer to both types of shooting, indoors in a controlled environment and out “on location”.

Each Star Wars story reminds us of the setting before it even starts: “A long time ago in a galaxy far, far away”. In being reminiscent of “once upon a time”, the famous opening establishes that the setting is essentially a fairy tale with spaceships.

“Middle-earth” is a valid answer to the question of setting for The Lord of the Rings. One might be tempted to explain that Middle-earth is a fictitious realm, maybe say something about how its quasi-medieval technology relates to the actual Earth’s history, or possibly mention the connection to the Midgard of Norse mythology.

So in addition to describing physical space, both these examples of setting contain hints and associations about the time when the events of the story take place. END_OF_DOCUMENT_TOKEN_TO_BE_REPLACED

Any event happens sometime and somewhere.

We have discussed time a great deal in this blog. Of course, the spatial dimension may be just as relevant.

We may distinguish between the overall story world location and specific locations. By story world we refer to the overall setting and logical framework of the story. This is always unique to the story, although that becomes most obvious in stories set either in a fantasy world (like The Lord Of The Rings) or in stories that have a setting tightly bound to a geographical feature, such as Heart of Darkness, Apocalypse Now, or Deliverance. In each of these latter examples, a river – and the journey up or down it – provides the story world. Yet story world is more than just physical location. It describes an entire environment, including the ethical dimensions. Consider Wall Street or The Big Short, stories that describe a “world” where making money comes first.

The setting is usually established in the first part of the story, and the rest of the story should be true to what has been set up at the beginning.

Within the entirety of the “world” come the specific locations END_OF_DOCUMENT_TOKEN_TO_BE_REPLACED