How to Beemgee: Features and Functions of the Plot Outliner

Outlining a story means developing the characters and structuring the plot.

Beemgee will help you outline your plot using the principle of noting ideas for scenes or plot events on index cards and arranging them in a timeline. This is a separate process from actually writing the story. Most accomplished authors outline their stories before writing them, because it saves rewrites later.

The Beemge author tool is divided into three separate areas, PLOT, CHARACTER and STEP OUTLINE. You navigate them easily in the top menu.

Important note: Make sure to stay in the same browser window in whichever area you’re working. Having one project open in multiple windows may result in some of your input being lost.

How To Create An Event Card

END_OF_DOCUMENT_TOKEN_TO_BE_REPLACED 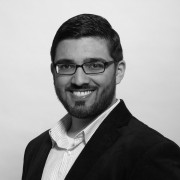 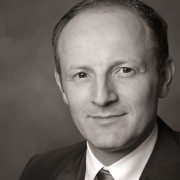 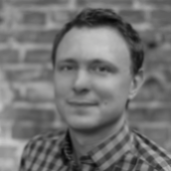 Five years ago, three guys met at a notary’s office in a rather run-down part of Berlin.

They had decided to found a company, and on this day were making the declaration official – although they had no backing and no product. Why?

The circumstances of each of the three guys were quite different. One was employed, the other already ran his own business, the third had just left his job. Two were techies, one was the content guy, the one with the idea.

Looking back on it, what they had in common was the desire for a sense of purpose. Each of them wanted their working life to follow a vision, rather than a loop.

For let’s face it, most work is repetitive. You end up going through the same motions again and again, whatever they are.

But found your own company and you’re aiming at something. You’re pursuing a vision. You set yourselves goals, milestones. You have an ideal state you wish to achieve. And probably no idea what you’re letting yourself in for.

In short, when you found a company you become the protagonist in your own story.  END_OF_DOCUMENT_TOKEN_TO_BE_REPLACED

A narrative may present the events of the story in linear, that is to say chronological order or not. But the story remains the story – even if it is told backwards. END_OF_DOCUMENT_TOKEN_TO_BE_REPLACED

As authors, when we begin composing a story, we END_OF_DOCUMENT_TOKEN_TO_BE_REPLACED

No Story Without Backstory

Inventing a story that has no backstory is about as easy as finding a perfect rhyme for the word orange.

That is, next to impossible.

Backstory is the stuff that went on before the story begins, or more precisely, before the kick-off event in scene 1. As such, backstory might better be called “pre-story”. It is a necessary component of any story.

After all, the characters come from somewhere – they have pasts, they have histories. These histories have shaped them into who they are, which determines their actions now, in the time of the story. These actions are the source of the events of the story. So some part of the characters’ histories will be relevant to the story – and this bit of information or knowledge needs to be passed on to the audience or reader. That’s why so many stories have “campfire scenes”, a moment of calm usually near the beginning of the second half during which characters recount stories of their pasts to each other.  END_OF_DOCUMENT_TOKEN_TO_BE_REPLACED