END_OF_DOCUMENT_TOKEN_TO_BE_REPLACED

Let’s look at some examples. END_OF_DOCUMENT_TOKEN_TO_BE_REPLACED

While plots may be “archetypal” when they exhibit certain forms, in this post we are concerned with character archetypes.

In modern storytelling, to consider them as archetypes might suggest a bit of a corset, perhaps even a straightjacket for the characters. For today’s author, to present a character as an archetype does not seem conducive to achieving psychological verisimilitude.

Consider archetypes as powers within a story. Like planets in a solar system, they have gravity and they therefore exert force as they move.

Archetypes denote certain general roles or functions for characters within the system of the story. There is ample room for variation within each role or function. Boundaries between one archetype and another may be fuzzy. And it is possible for one character to stand for more than one archetype.

Archetypes Through The Ages

END_OF_DOCUMENT_TOKEN_TO_BE_REPLACED 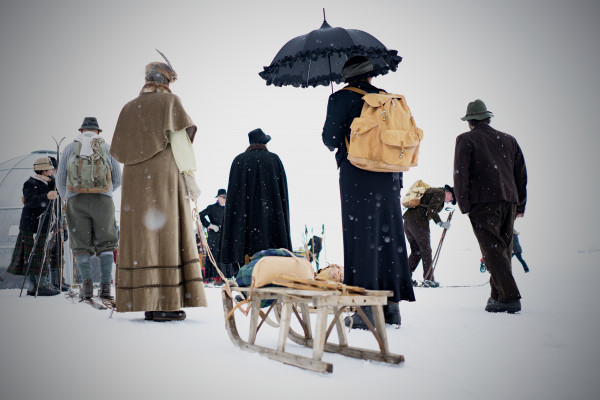 Stories are about people. Even the ones about robots, or rabbits, or whatever.

If you’re thinking about composing a story, you will probably have some characters in mind that will be performing the action of the story. In stories, action and actors (in the sense of someone who does something) are pretty much the same thing looked at from two differing perspectives, as we have noted in our post Plot vs. Character.

The most obvious difference between characters in stories and people in real life is that story characters tend to be driven. Narratives tend to be more compelling when the characters they describe are highly motivated. Rarely in life are our wants, goals, and perceived needs as clear and powerful as for characters in stories. Our real lives tend to drift rather than head in a specific direction; it is often in retrospect that we ascribe direction when we try to understand our lives by putting them into narratives. Historical personages who seem to demonstrate drive and direction (and have perhaps become historical personages because they had these qualities) make for more interesting biographies than people whose motivations were less strong.

Another aspect that sets characters in fiction apart from people in life is that characters tend to fulfil narrative functions in their story. People, on the other hand, live their lives by acting naturally according to the dictates of their personality. A story is a more or less enclosed unity, while an individual’s life is part of a greater whole. Only in retrospect do we sometimes overlay a narrative onto the biography of an individual – because we tend to feel happier when we perceive structure or direction in the lives of others or indeed our own. We can extract more meaning out of a life that can be told with structure and direction. In fact, there is no way of recounting a person’s biography without making choices concerning structure. If we’re honest, even the choice of which events to relate and how to relate them injects a fair amount of fiction into the story of a life, especially when that life is our own as we tell it to others or ourselves.

Many stories focus primarily on one protagonist. In fiction at least, the protagonist is often wiser at the end of the story than at the beginning. The END_OF_DOCUMENT_TOKEN_TO_BE_REPLACED