Why You Have to Hurt the Characters You Love 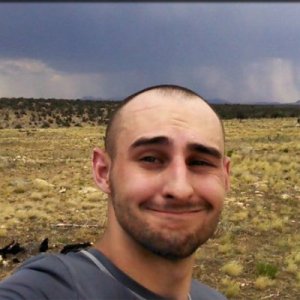 Connor Rickett is a former professional scientist, current professional blogger and writer, travel enthusiast, lover of learning, and reluctant participant in social media. He is currently in the early stages of fortune and fame: debt and infamy.

Check out Cities of the Mind, his site for writers and freelancers looking to get better at what they do!

All too often, the working writer finishes a draft of a story or book, only to find big stretches falling flat. There’s just something missing. It happens to published authors, too; I think of it as the “Second Book Curse”. This is where the writer has built a character, and things just work out a little too well for them. Sure, they’re challenged, put in mortal danger, thrashed a little bit, but, somehow, the tension from the first novel is gone. Most good writers seem to figure this out, and coming roaring back in the third book. Or maybe you just never read the ones who don’t.

But why does this happen? And, more importantly, how can you avoid it?

It’s Easy to Fall in Love

Look, we all love our characters. They’re part of us. Even the worst of them has something admirable about them—or should, anyway—and so we find ourselves playing favorites.

That’s what happens in Book Two. At the end of the first book, you probably left them in a place where they had things a bit together. They’ve got some burgeoning competence on their side.

More, you’ve got this great character, who’s gotten you all the way to published (or at least all the way through a novel!), and you owe them. At this point you know them, you like them. Really, you’ve spent as much time with them as you have with your non-imaginary friends. Uh, possibly more, given that you’ve been writing a book (sorry friends, I miss you!), and it’s not easy to just destroy their happy little lives.

But we do them a disservice by treating them kindly.

The remedy is some real, honest, tough love. Our characters need to be challenged to reach their full potential. I think everyone gets that; the Mary Sue isn’t something you see cropping up in many pieces of even moderately skilled fiction writing. What I’m talking about is truly challenging our characters. We need to dig deep and throw our imaginary friends into the very jaws of death.

Don’t put them in nearly impossible situations. Put them in totally impossible ones. When you finish a chapter, and step away from the keyboard, you should be wondering, “How are they going to get out of this one?”

Never miss a chance to break them. Readers get sucked in by the breaking, and buoyed by the rebuilding. Now, this doesn’t mean “give them a tragic backstory,” okay? Give them a tragic now-story. You know what happens when you and your close friends careen from one deadly situation to another? You watch close friends get hurt, you watch close friends die. If your characters walk untouched through too much pain, your readers will lose the sense of danger lurking behind every turn of the page.

How do you do that? Well, I have some ideas. Evil, evil, ideas.

A Time to Kill

You know what really screws up a plan that’s going too smoothly? When someone critical to the whole thing suddenly dies, or gets injured horribly. Taken out of the action, either way.

We, as writers, tend to compensate for this. We either telegraph the deaths, or build up secondary characters as “red shirts” to sacrifice in place of our favorites.

There are plenty of ways to avoid this, but I’ll give you one great method, and yes, I stole from the RPG crowd. When you get to a place where something is happening, such as a gun fight, a difficult climb, or so on, let a little of the real world’s randomness into your own carefully sculpted reality:

You’ll have to adjust the specifics to your needs, but it’s actually kind of fun. You could do it with a dartboard, too, I guess, preferably throwing with one hand while sipping Scotch with other. Sure, it’s all fine and dandy writing about your character’s catlike survival of a fall, but it’s even more fun to figure out how they’re going to get out of that elevator shaft with a broken leg.

Yes, this makes your job as a writer a little harder. Or a lot harder. I guess that really depends on how good you are at outlining and organizing you books ahead of time. Point is, writing isn’t an easy job. It’s like being a professional athlete; if you’re not constantly challenging your limits, you’re going to lose to someone who is.

There are immediate rewards to this hardline approach towards characterization. You may find, for example, this brings out better characters in your supporting cast. If your main character is just lounging about trying to stuff their tibia back into their leg, you might need a rookie to pick up the slack, and they might surprise you—or die trying to complete a task their woefully unqualified for.

Either you’ve grown a new and better character, or your main character will be groping with the fallout of their carelessness causing the death of a protégé, or even leading to a win for the other team.

It’s certainly going to leave your readers a lot more nervous about the futures of their own favorite characters.

Victory at Any Cost

I’m not advising you to throw your plot out the window, of course. You have a story to tell, a beginning, a middle, and an end. What I’m saying here is, don’t be afraid to take a surprise left turn when your readers are getting too comfortable. Or you get comfortable. Or you wonder where it will take you. Don’t ever miss a chance to let your characters be who they are really meant to be.

Above all, remember this: Every fictional universe has one ultimate supervillain, the true arch-nemesis of the main character: Its creator.