What is the difference between commissioning editors, developmental editors, and line editors? 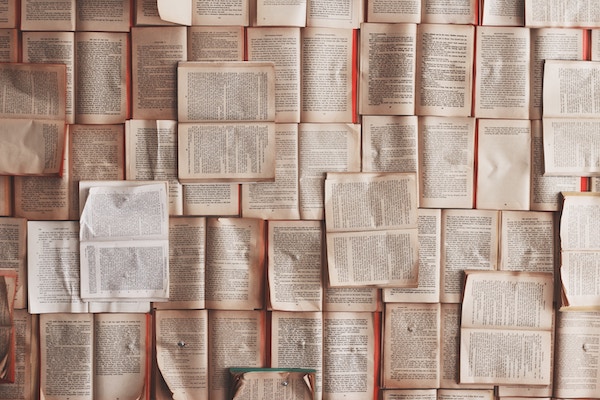 Photo by Patrick Tomasso on Unsplash

Let’s look at what each do to see the differences between the three different kinds of editors. And then find the other editorial task they all have in common.

Some publishing houses produce series. Typically these revolve around a more or less fixed set of characters. Episodes tend to end with more or less the same basic situation being reestablished, so that the next instalment can begin again afresh. Some series may see their characters develop.

Such series may well be written by several authors. There may not even be one single writer who is identified as the author. Sometimes such series may go on for years, such as Perry Rhodan, Buck Rogers, Zorro, James Bond, and many children’s series.

A publishing house that publishes fiction may well specialise in certain genres, which puts some pressure on the editorial team to produce titles that suit the program. Instead of waiting for agents to bring them material, they may well pro-actively look for topics or target groups that might yield sales.

For example, they might find that there are few suspense novels on the market set in the world of marathon running. This particular topic has a built-in audience, since a significant number of people are interested in running marathons and it may be assumed that a percentage of these read suspense novels. There’s certainly enough potential for a “bread and butter” title, a book that nobody at the publishers expects to be a runaway bestseller but that the sales team is able to place in sufficient quantities in retail outlets.

So the commissioning editor will do two things: First, she’ll work out some basic ideas and a rough framework for how she wants the novel to be. For instance she might decide that it should be a fairly straightforward crime story, not too long (say 200 pages) and not too experimental or “different” in order not to discourage mainstream readers within the marathon-interested target group. Second, she will start looking for experienced suspense authors who also happen to know about running marathons.

When the editor has achieved both these tasks, she will brief the author-to-be and commission the marathon crime novel.

Now, briefing authors is not necessarily as simple as it sounds. How do you brief creativity?

Beemgee helps the commissioning editor because in a Beemgee project she can pre-determine some of the crucial aspects of the story, be it how the audience should react to the central character, what kind of roles or archetypes she expects to see in the character ensemble, where in the narrative specific plot points should ideally be placed, right down to the theme or central conflict she wants explored.

She passes this pre-populated project on to the author, who knows much more specifically what is expected than via a standard textual briefing.

A developmental editor helps an author form the story material. The author works on the material, presents a concept, including perhaps principal characters, key devices to be used in the plot, maybe even motifs that might recur. By exchanging ideas and settling on the myriad aspects of a story one by one, the initially vague and rough concept is hewn into a detailed story outline.

Characters may be dropped, invented, conflated, or their importance increased. Storylines may culled, or expanded. Motifs might be placed, themes developed, acts shortened or lengthened, chapters shifted about.

Now, it depends very much on the degree of collaboration the publisher wishes with the author, and the author is prepared to accept. Some authors require or expect just a little nudge here and there, perhaps in the form of pointers or advice. Other authors like the process of composing a plot and plumbing the depths of their characters with their editor.

In any case, this sort of work on the material is a creative process which culminates in a detailed story outline, which provides the basis for the author to write the text.

Beemgee helps the developmental editor because with the tool she can spot the strengths and weaknesses of a story concept easily, point them out to the author, and work very specifically on improvements. She would notice instantly if, for example, the protagonist is insufficiently motivated or the antagonism weak. She would see if point of view is unsystematically dispersed across the narrative, or if a key motif disappears in the second half.

The project provides a solid framework within which to identify individual shortcomings in the plot or the characters and fix them. Set-ups and foreshadowing are consciously planned to increase the emotional impact on the audience of the pay-offs. Every stage of the narrative is mapped out and clearly defined.

With such a clear roadmap, the author is free to concentrate on language and style when it comes to writing, secure in the knowledge that the story is rock-solid. Even if writing brings new inspirations or alternative plot ideas, the narrative is so firmly defined that it is easy to identify where alterations would have to be made if a change is made in the plot.

Since a Beemgee project is online, both author and editor can access it independently, and work on the story even though they are not in the same room – or even the same country!

All of this saves the developmental editor worry and time, and means that when the manuscript is handed in there won’t be any saggy middle, digressive storylines that aren’t tied up, or characters that don’t complete their arcs.

Only after the manuscript is written does the line editor get to work. She reads the manuscript, evaluating and improving the style and tone of the language. She will fix grammar and orthography errors, but a line editor is not the same as a proof-reader. Proof-reading concentrates on correcting mistakes. Line editing is about making the text better.

So the line editor may typically reduce the flab of a text by deleting lots of adjectives and adverbs. She may shorten sentences and reduce the complexity of syntax. She might even refine metaphors, suggest allusions, provide similes. In short, she will make the texture of the text more enjoyable for the reader.

But she is unlikely to change the story. If she does, she is developing.

Beemgee cannot help the line editor at all. Because Beemgee is not about text. Beemgee is about story.

The Hunt for Stories with Potential

What all the three sorts of editors have in common is that they want to make good novels great. But first, an editor must find that good novel.

So this is the fourth vital task and talent of editors: sniffing out stories with the potential to captivate and engross audiences.

Mostly, editors in publishing houses receive qualified suggestions from agents who know what the editors like and are looking for. But publishing houses as well as agents also have so-called slush piles of unsolicited manuscripts. At best, a trainee may be asked to review the pile – when there is nothing more pressing to do.

Typically, the trainee will read the first few pages and evaluate the manuscript based mainly only whether the author is able to write lucid and effective text. If those pages aren’t entirely convincing, the great story that manuscript tells might never be discovered. That’s why language is so important.

Of course, this is one of the reasons behind those tales of multiple rejections that successful authors like to tell. Whoever scanned the first pages of Game of Thrones or Harry Potter in the houses that rejected those future bestsellers probably just didn’t like the style of the language. If they had known the richness and depth of the story world and cast of characters, they presumably would have made allowances for the language and realised that this could be polished later.

And here’s where Beemgee can really help editors:

A Beemgee project allows an editor (even a trainee with a little experience) to understand a story project in much greater depth and detail than any treatment or synopsis, and in a fraction of the time.

Within minutes, the editor will know the motivations of all the main characters, the ensuing conflicts, what the characters do in order to reach their goals and desires, and understand the dispersal of motifs and point of view, see the interplay of storylines, realise the raison d’être of each scene and even review the notes-to-self that the author has made as cautions when it comes to the writing.

Three Out Of Four

All of these editorial roles have corresponding tasks for other media. In film and TV, it is mostly producers who wear these kinds of hats.

So Beemgee is not just an author tool. Beemgee is an editorial tool. It helps editors discover story material with potential. It helps commissioning editors create much more precise briefs for authors. It helps developmental editors work with the authors to make good stories great.

So by the time the manuscript is written, the line editor can concentrate on making good writing great.

In short, Beemgee is not only an invaluable aid in developing great story material. It is a stunningly efficient way of discovering it.