Why Do Humans Tell Stories? Fiction as Life-Simulation.

In recent years, scientists have been writing books about the reasons why we tell each other stories. 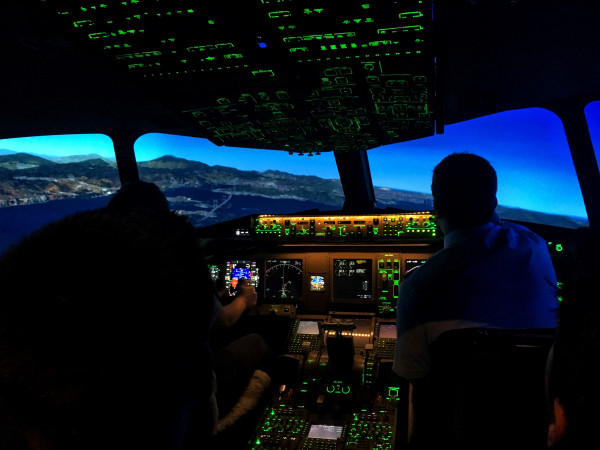 Neurobiologists have discovered that when a person is immersed in a story, their brain patterns are similar to what they would be if that person were actually performing the actions they are reading about or watching. So if a recipient is emotionally engaged in a story, they are essentially “living” it – at least in terms of the brain patterns. The excitement is real, the fear, the empathy, the arousal. See Boyd, 2009, or Gottschall, 2012*.

This has given rise to the analogy of the flight simulator.

Stories are everywhere. We create and consume them from an early age. Homo sapiens have done so for millennia – our modern media are a result of our ancient need for stories. We have been telling them to each other ever since we, as a species, have been human. It’s what homo sapiens do. It’s a defining characteristic. What evolutionary biologists call an “adaptation”.

That means there is a reason for us to tell stories: They help us survive.

And that’s where the flight-simulator comes in. Pilots sit in flight simulators for many many hours, practicing and practicing until flying jumbo jets becomes second nature. Only when they don’t have to consciously think about what to do, but have done it so often already they do it “automatically”, are pilots allowed to actually fly a plane with real live passengers in it.

Since our brain “does” the stories we consume, we have “done” all sorts of things already, even though we have never done them in the flesh. We have been practicing from the first bedside story to the latest instalment of our favourite series.

What have we been practicing?

Humans live in groups because there is more safety in numbers than as a solitary little homo, however sapient. When a group of homo sapiens get together, three things happen: 1) some of them become allies, 2) some of them compete, 3) some of them mate.

And that’s essentially what happens in the group of characters in a story. The characters make friends or allies, they squabble and get into conflict over something they want, they form a union or get together romantically.

Competing over something as well es finding a mate involves problems. Keeping and maintaining an ally can too. There are potentially infinite problems involved with living in a group. And that’s not even to consider all the potential threats and problems that come from outside the group.

The idea that stories are like flight-simulators suggests that fiction exists to allow us to practice problem-solving in a safe environment. We can “live” through conflicts of interest without dire real-life consequences. That the stories may not be “realistic” is not relevant, since the emotions we feel while consuming them are genuine, at least as far as our brain patterns are concerned. Thus when we encounter real-life problems, we automatically do what we have learnt in our life-simulator that is story.

Hence stories are not merely entertainment. They have helped us survive as a species by helping us as individuals to deal with conflicts of interest within the social group.

For stories to work as life-simulators, they must be constructed within a certain very broad framework. Which is to say, they must feature conflicting interests – which boils down to characters solving their problems. Problems come from without and from within, they result in wants and needs, i.e. the want and need to overcome the problems.

There is a whole host of things that typically go on in the stories we like and care about. We examine them in detail in this blog.

To create your own new story outline, click this button: