Dramaturgy – The Craft of Composing Story 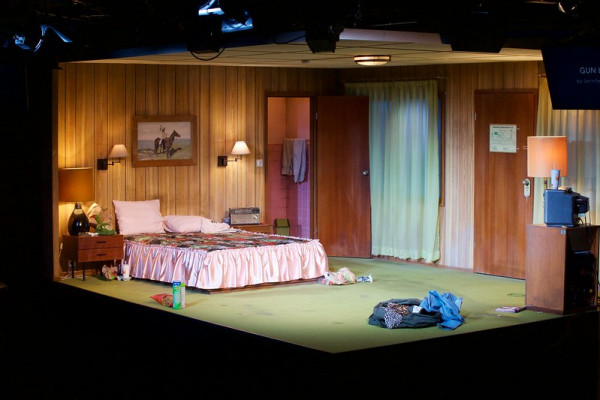 Dramaturgy means “the craft or the techniques of dramatic composition”.

In other words, everything to do with the story except the words with which it is told. If your story is about two people in a room, dramaturgy tells you who these people are and what happens in the room. In terms of storytelling process, the term dramaturgy refers to the planning or outlining stage rather than the execution or writing.

The study of dramaturgy has produced a nomenclature that is used by dramaturges, script consultants, story advisors, editors and publishers, producers and filmmakers, as well as authors. Some terms may seem more familiar than others, and often their definitions are not entirely agreed upon.

A list of dramaturgical terms does not constitute a checklist of scene types required in a story. If you’re composing a story, you may find it helpful to tag your scenes with some of the appropriate terms below.

Advice/Helpful Item – In myths, the moment the hero receives some item or wisdom which will become necessary to achieve the quest.

Approaching Crisis – The run-up to the denouement.

Backstory – A scene that relates or depicts what happened in a time before the beginning of the main action of the story, hence usually before the kickoff scene, though in some cases the kickoff may depict a backstory event. The backstory is a past that the characters look back on. Some item of backstory information is almost always relevant to the story proper, and it is always a challenge for authors to convey such information elegantly to the audience.

Campfire Scene – A type of scene, usually placed in the second half of the narrative, which marks a moment of calm before the approaching storm of the climax. The term refers ironically to a hackneyed style of scene in many US-westerns.

Climax – The final confrontation between the protagonist and the antagonistic forces in the story. The climax usually follows immediately upon the crisis.

Complication – Today, an obstacle for the protagonist to overcome. For Aristotle it was everything before the reversal, after which comes the explication.

Crisis – A decisive moment of choice or confrontation for the protagonist. While this may occur very close to the climax, it is not the climax itself, for here the choice is made, whereas at the climax the outcome of that choice is shown.

Deliberation – A narrative consists effectively of an alternation between characters carrying out actions as a result of finding themselves in certain predicaments, only to find themselves in the next predicament. So there is a constant ebb and flow of action and deliberation about how to deal with the consequence of the prior action.

Denouement – another word for resolution, though in some translations of Aristotle’s Poetics the word is used for explication.

Dream – In a dream sequence, the audience becomes privy to a character’s dreams or desires. Often, a dream is used by storytellers to offer the audience indirect clues or hints about the character in question and for foreshadowing.

Exposition – Story information that is conveyed to the audience, for instance through dialogue. Ideally, no scene should be recognized as exposition, because then it has failed dramatically. Not to be confused with explication.

Inciting Incident – Usually, the event that sets off a chain reaction that constitutes the plot of the story, but more properly the trigger event for the storyline of each major character.

Lock-in – The point in the narrative after which the audience is emotionally committed to the story.

Love Scene – The depiction of the union of two (or conceivably more) characters, which dramatically speaking only has a raison d’être if a change in their relationship ensues.

Midpoint – The pivotal action or moment of truth in the centre of the narrative that divides the story into two symmetrical halves. A good place for the classical reversal of fortune, which may coincide with a discovery or revelation.

Montage – Similar to a collage, this is a series of scene vignettes that are spliced together in order to economically get across some story information, often to indicate the passage of time, and sometimes to highlight juxtapositions.

Narrative Frame – When the story introduces a narrator figure who tells the bulk of the story to another character or to the audience, then one speaks of a narrative frame. Usually this technique involves beginning the story with a scene in which the situation of the telling of the main part of the story is established, and story ends with a final scene back in the narrative frame.

Pay-off – When a set-up, that is an act of foreshadowing, returns into the minds of the audience at a particular juncture of the plot, it is “paid off”. To be formally perfect, any particular pay-off takes place in the second half of the narrative in a corresponding position to the set-up in the first half.

Plot Point – In the stricter sense, the points in the narrative that mark the transition from one act into the next.

Premise – The word is sometimes used to cover theme or agenda, but more narrowly refers to exactly three items of information concerning the story: Protagonist, Setting and Problem. Considering the latter term “problem” the ambiguity continues, for the internal or external problem may be meant.

Reaction at Home – In myths the hero might return home after the adventure as a changed person, who may or may not be welcomed back into the fold.

Red Herring – An item of information placed into the story to deliberately mislead the audience into believing something about the plot or a character which will later be revealed to be untrue. A device used mainly in mystery and crime stories.

Resolution – The end outcome of the story, the mirror image of the ordinary world established at the beginning of the narrative, now incorporating the changes to this world and/or the main characters. The resolution is effectively the synthesis of the thesis of act 1 merged with the antithesis of act 2.

Return Home – In mythology, after the final confrontation the hero must yet journey home, to the “ordinary world” shown at the beginning of the narrative.

Reveal – The moment when some relevant backstory information is revealed to the audience, changing their perception of the story. Not to be confused with a revelation.

Revelation – The moment when the audience, and often also a character, understands a fundamental point about the theme of the story. Classically, a revelation or discovery can also be a point at which the protagonist realises his or her reversal of fortune.

Reversal of fortune – since a story is about change, many stories show the transition from one state to its opposite. Classically the hero’s fortunes change from good to bad. So there is an implied midpoint in the transition. However, this point does not necessarily have to coincide with the midpoint of the narrative.

Set-up – Foreshadowing is one of the most powerful ways to create an emotional effect in the audience. Any item of story information that is strategically placed by the author to be initially not recognized for its significance (which will be revealed later in the narrative) is a set-up. See pay-off.

Storyline – a plot in the sense of a strand of plot, often relating to one of the major characters. A subplot.

Theme – Some authors like to articulate the theme they have determined by putting it into the mouths of one of their characters. So there might be a scene which has the function of expressing explicitly what the author feels the main theme of the story to be.

Next: Discover the sequence of emotions the audience feels in any story.

Ready to get dramaturgical? If you’re not in the tool already, try it here: